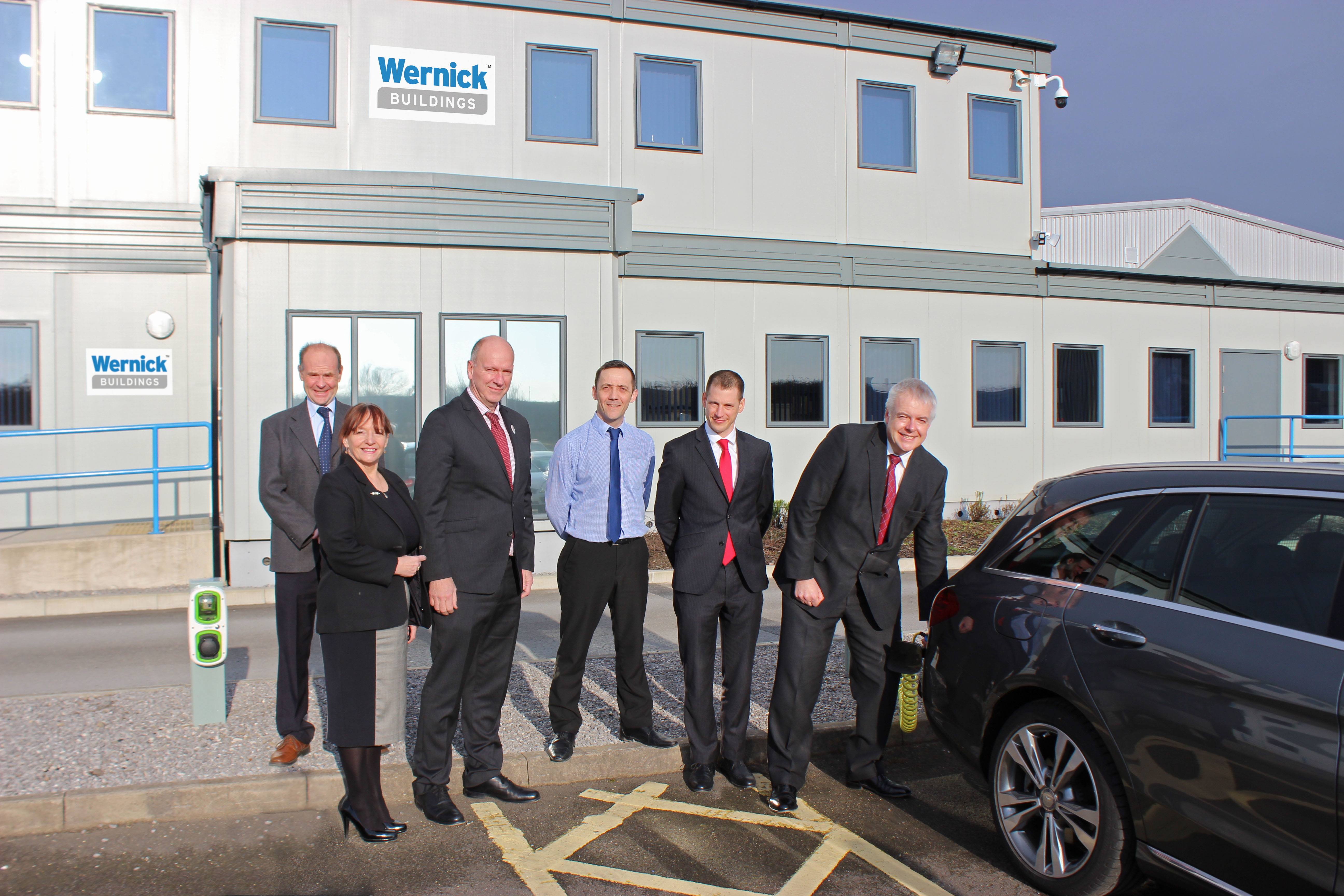 Wernick Lead the Charge for Sustainability

The power points will complement the company’s investment into hybrid company cars, and allow employees who drive electric vehicles to charge-up while in work.

Wernick Buildings have been producing modular buildings in South Wales since 1989. They recently moved from their old factory in Neath to a new, purpose built factory in Kenfig Industrial Estate, which was opened last June by the First Minister.

Sustainability is at the forefront of Wernick’s manufacturing process; the site is certified to ISO14001 for Environmental Standards and is home to a range of energy saving initiatives. The factory and office buildings are covered in a combined 281 solar panels, generating 70kWh at full capacity which is used to reduce the sites energy consumption. The manufacturing process is also very sustainable, the controlled conditions used to build modular units means almost no waste goes to landfill. Everything is filtered for recycling, and what can’t be recycled is shredded and distributed to a local “energy from waste” plant.

The installation of the charge points will be considered a trial run for a possible roll out to Wernick depots across the country as part of the ongoing effort to make the Wernick Group more sustainable.

First Minister Carwyn Jones said: “It is good to see an innovative example of energy being generated locally to meet the needs of employees who have made the switch to electric cars.”

“It is predicted that by 2020 at least 70% of the UK’s cars and vans will be electric. It is, therefore, great to see Wernick at the forefront of this technology as it strives to become the most sustainable organisation in its field.”

Ben Wernick, Managing Director of Wernick Construction, will be one of the first in the company to pilot the new hybrid company cars. With just one charge at the Wernick site, Ben will be able to drive to his home in Ogmore-by-Sea and back again without using any petrol.

Ben told us; “Wernick have always worked to make its operating process as sustainable as possible, and this is another of our many steps towards that goal. It’s our ambition to become the greenest company in the modular sector, and set a positive example for other businesses to follow.”