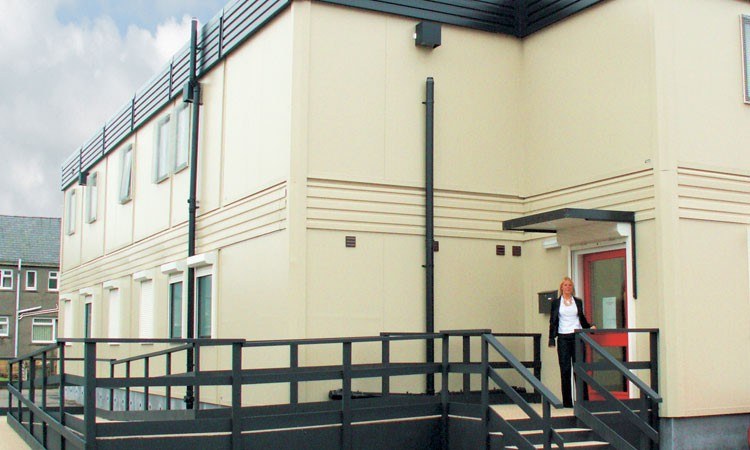 With five doctors serving 7,200 patients, a solution was required which allowed The New Surgery to continue practicing as close to the original site as possible. And that solution was a 17 room, two-storey modular building, leased for two years from Wernick Hire.

As well as the urgency with which the building was needed, the fact that it was to be used as a surgery meant security was also a key consideration. So in addition to a fully integrated alarm system, all the windows and doors had to be fitted with shutters or grills.

To ensure patient confidentiality, sound deadening material was also added to the walls of consulting rooms with washable floors laid in some areas for hygiene reasons.

With delivery and assembly taking just 4 weeks, Practice Manager Paul Thomas was delighted with the new building, saying, “We were spending public money and were very aware that whatever provision we made had to represent good value for money. Wernick Hire won on price and quality. The doctors are delighted with the standard of build and consider this building to be palatial compared with anything they have worked in before.”