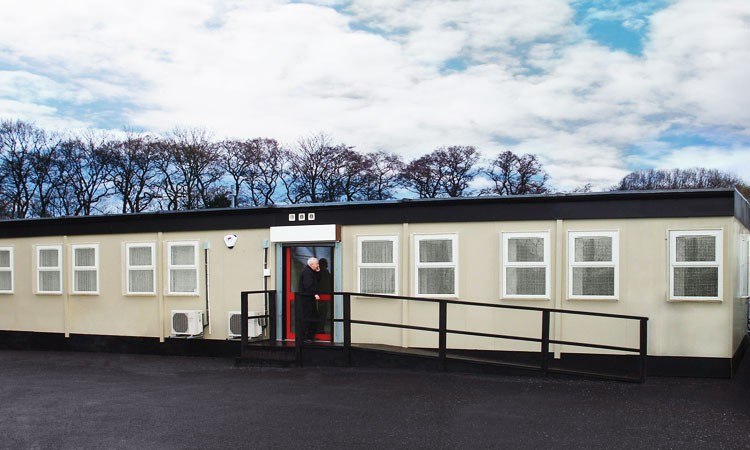 United Pallet Network (UPN) operates a ‘hub and spoke’ distribution network in the UK from a facility based in Leicestershire. The company also has a close working relationship with Signet International for inbound and outbound European distribution to 23 countries through their hubs in Amsterdam and Paris.

UPN recently moved their distribution to Fradley, near Litchfield, Staffordshire and needed temporary offices quickly for their new centrally located distribution hub where their client’s loaded pallets are turned around overnight. Having hired temporary commercial accommodation through Wernick in the past, they contacted Wernick Hire again seeking a five year hire agreement for a bespoke modular building office complex.

Wernick presented a tender and a functional design for a 6-bay, 12 metre span modular office building, which was accepted by UPN. The totally refurbished modular building was delivered on a Monday and finishing work was completed the following Friday.

Andrew Lowe, UPN’s operations director commented, “The move to the new hub was a critical one for UPN as we are growing quickly. The new site offered enough warehousing space to support our growth, but we needed to quickly house our customer service team, our senior managers and the computer equipment that controls our operations. The move was a success and the new offices provide a fantastic working environment for our existing staff, as well as the new staff we have recruited since the move. The finish is superb and the work was completed within the tight deadlines we specified.”

As all of UPN’s operations nationwide are totally computerised the new building required a dedicated computer server room. The remainder of the internal space contains four executive offices, a board room, reception area, and an open-plan administration office with adjacent toilets and kitchen. A specific requirement was for floor mounted electrical sockets, as well as dado trunking connections, and air conditioning to each room.